You are here: Home / Officers & Board Members / CCV Director’s Biographies

Suzanna L Brauer is Professor of Biology at Appalachian State University (North Carolina). Her research specialization is microbial ecology and biogeochemistry. She earned her microbiology degree at Cornell University (PhD 2006). Suzanna has served on the CCV board since 2019 and has been a climber and caver since 1995. She was named Extraordinary Woman Leader in Speleology in 2015 and was awarded two prestigious Fulbright fellowships in environmental sciences to visit the University of Eastern Finland in 2015 and 2021. Brauer and her research group investigate the role of nutrient availability in shaping the composition of microbial communities and their functions in catalyzing geomicrobiological reactions in caves, such as biomineralization. She teaches courses in microbiology, microbial diversity, environmental microbiology, and biogeochemistry. 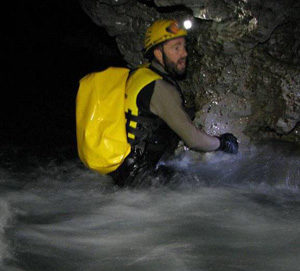 Michael J. Ficco is a Geologist with the engineering firm AECOM. Mike has served on the CCV Board of Directors since 2004, has held the office of Chairman of the Board since 2006, and currently also chairs the Stewardship Committee. Mike graduated from Syracuse University with a BS in Geology. Mike began caving in the early 1980s and has explored caves throughout the U.S., with emphasis on the long and deep caves of Virginia. Internationally, he has participated in caving expeditions to Mexico and the Dominican Republic, and his most recent focus has been the exploration of the karst of southwestern China. Mike is also a director of the Virginia Speleological Survey, Vice President of the Butler Cave Conservation Society, and a Fellow of the National Speleological Society.

Gary started caving in the mid 1980’s with an interest in surveying and mapping the caves of South West Virginia and North East Tennessee. Although he has caved over much of the south, his favorite cave projects have been Corkscrew, Omega, and Doe Mountain in Virginia. He has also caved in Puerto Rico, Spain, and Alaska. Gary is the present Chair of Mountain Empire Grotto and serves on the Board of Directors for Appalachian Cave Conservancy. 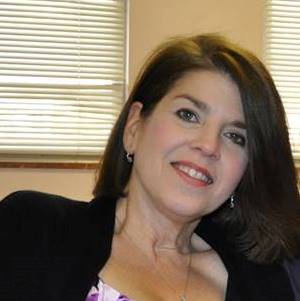 Renee Gaskins is a paralegal in Kingsport, Tennessee. Following paralegal studies at Penn State and Bristol University, Renee began work as a probate and estate planning paralegal. Renee now works in the areas of probate, intellectual property, corporate and transactional law.  She has worked as a paralegal in those areas for more than thirty-five years. 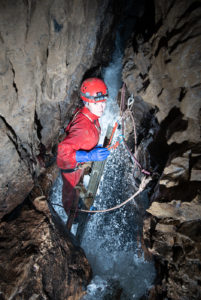 Sara K. Fleetwood is a Materials Scientist and Engineer, currently researching bio-inspired, bio-based cellulose materials at The University of British Columbia. Sara began caving in 2010 with the VPI Cave Club, where she served as secretary, became a lifetime member, and still helps train prospective members. Soon after, she began project caving in Virginia and has since surveyed and mapped caves both nationally and internationally. Through these projects, she has volunteered for various government agencies on expeditions ranging from the Virginias and Wyoming to China and Montenegro. Sara has tied caving, exploration, and conservation into her career by formerly working at National Geographic, developing and testing ropes as a product development engineer for Sterling Rope Co., Inc., researching cellulose fibers, and, currently, developing a responsively breathable membrane.

Ira D. Sasowsky is Professor of Geosciences at the University of Akron (Ohio). His research specialization is karst, particularly cave origins, hydrogeology, and geomorphology. He earned his geology degrees from University of Delaware (BS) and Penn State (MS, PhD). Ira has served on the CCV board since 2005. He has been a caver since 1977, initially focusing on the Virginias. His caving activities later expanded to Colorado and the Appalachian Plateau of Tennessee, as well as other parts of North America and Europe. Ira is a Fellow and recipient of the Science award of the National Speleological Society. He was the former earth sciences editor for the Journal of Cave and Karst Studies. He currently serves as Secretary of the Karst Waters Institute.

Madeline Schreiber is Professor and incoming Associate Department Head in the Department of Geosciences at Virginia Tech in Blacksburg, VA.  She is also a Faculty Affiliate with the Global Change Center at Virginia Tech. Schreiber is a Fellow of the Geological Society of America (GSA) and has previously served as Chair of GSA’s Hydrogeology Division. Her BS degree is in geology from Yale University; her MS and PhD degrees are both from the University of Wisconsin-Madison in geology, with focus in hydrogeology.  Schreiber and her research group use field observations, laboratory experiments and numerical models to tackle challenging questions about solute behavior in natural waters, with a practical goal of protecting water quality.  She teaches courses in introductory geology, hydrogeology, chemical hydrogeology, and advanced topics in hydrogeology/geochemistry. 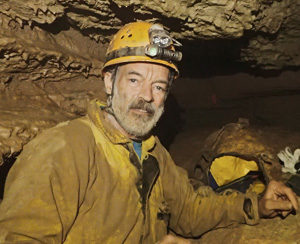 David R. Socky is a retired software systems engineer with General Electric at Salem, Virginia, and owner of Hodag Video Productions. Dave has been a member of the CCV Board since 2006, and is currently the webmaster for CCV. He holds two Bachelor degrees, one in Business Administration/Management from Ohio University and one in Electrical Engineering (EE) from Cleveland State University, as well as a Masters degree in EE from Virginia Tech. Dave started caving in 1974 and has surveyed and explored countless numbers of caves since, including Hellhole in West Virginia and Omega in Virginia, and is currently engaged in several survey and exploration projects. He is responsible for production of the video of Grand Caverns and an educational video of Mammoth Cave, and is the Co-chair of the NSS Awards Salon of the annual convention of the National Speleological Society. Dave is a Life Member and a Fellow of the NSS. He is also the Secretary of the NSS Video Section, Chair of the NSS AV Library, President of the Virginia Speleological Survey (VSS),  and Chair of the NSS Video Salon. In addition, Dave is Editor of Carbide Dump, the newsletter of the Blue Ridge Grotto, a board member of the West Virginia Association for Cave Studies, and a member of the Cave Research Foundation.

Steve Taylor is a retired university zoologist whose career included an emphasis on cave, karst and groundwater ecology and zoology.  He has degrees from Hendrix College (BA), Texas A&M University (MS), and Southern Illinois University at Carbondale (PhD). His research includes studies of bats, invertebrate taxonomy, groundwater quality, cave ecology, and cave resource conservation & management.  His caving career began in earnest in 1987 with Little Egypt Grotto (IL) and he is now a member of the Triangle Troglodytes (NC).  Steve is a Life Member and a Fellow of the NSS, served on the Board of Directors of the Karst Waters Institute (2011-2016), and has served on the steering committee for NCKMS since 2014. He is an author on about fifty peer-reviewed publications relating to bats, caves, karst, or groundwater, and continues to be actively involved in ongoing research projects focused on cave life and bats. Steve has been on the CCV Board since 2020. 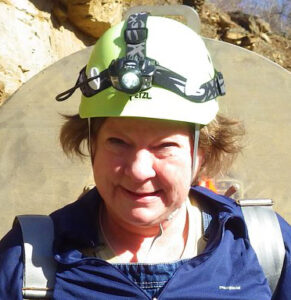 Janet Tinkham (National Speleological Society Member #24525) has been involved in caving and karst related projects for the last 31 years and is honored to be serving a second term on the Cave Conservancy of Virginias Board of Directors. In 1991 Janet became one of the founding members of the Front Royal Grotto (VA), a chapter of the National Speleological Society and currently serves as its Chair. In addition, she is currently Chair of the Virginia Region Land Owner Award Committee and in 2008 was honored to become a Fellow of the National Speleological Society. Much of Janet’s cave conservation experience came about through volunteer work with the VA Department of Conservation and Recreation Karst Project assisting with groundwater studies, Groundwater Festival workshops, Karst Model demonstrations at community events and development of a brochure “Sinkholes, Doorway to your Drinking Water”. In recent years she has been active with the Ogden’s Cave Stewardship Committee and looks forward to working with the Natural Heritage Program on Ogden’s Natural Cave Preserve conservation efforts. Many of these projects allowed Janet to gain valuable experience in relations with landowners, government officials and community members. Continuing to serve in areas of environmental education and cave and karst conservation is and will continue to be a lifelong commitment.